Creston Kids Outside teaching children in the great outdoors 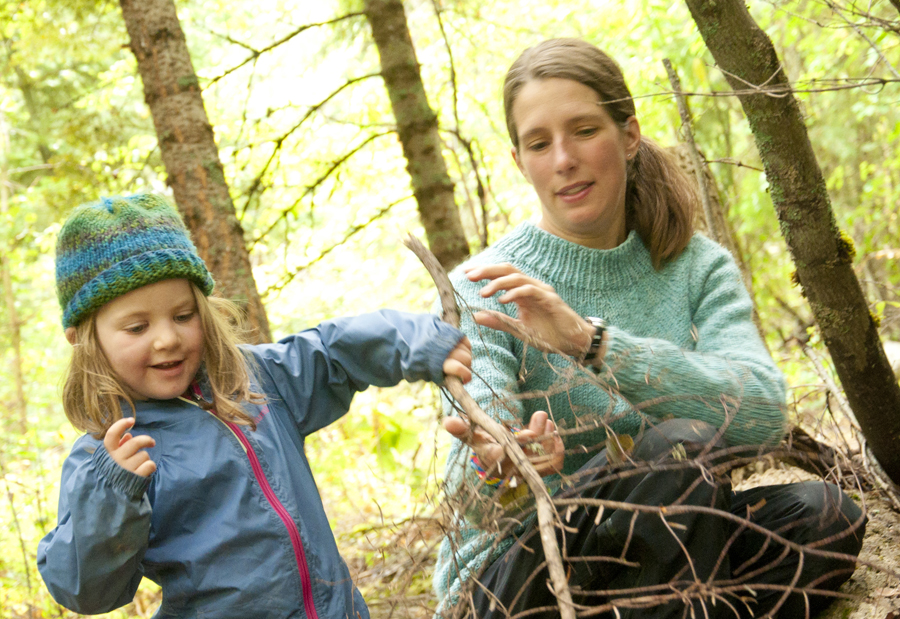 In a time when it’s become commonplace to see children hunched over smartphones and tablets, the Creston Kids Outside Society is offering an alternative: a connection with the outdoors. The society’s Kootenay Nature School runs on a parcel of land behind Canyon-Lister Elementary School, where participants can be found running around with items such as berries, leaves and snail shells in their hands.

“I think it’s the most natural thing for kids, really,” says Zavallennahh Young.

Twice a week, the facilitators — armed with little more than magnifying glasses, buckets and trowels — lead their dozen charges into the forest, where they explore, sings songs and play games, finishing the day with a brief discussion and a mug of tea. The current session runs Sept. 19-Nov. 23, so the group will have a lot to discuss as fall progresses and winter sets in.

“Our aim is to be outside in all weather,” says Leidums. “They really love the adventure of that. If it rains and you set up a tarp to huddle under, they love that.”

The nature school grew out of the group events that Creston Kids Outside started offering about a year ago, with preschoolers meeting in a different place each week — such as Goat River, Summit Creek Park or Kuskonook Beach — to splash in the water and explore under logs. In March, the society hosted a successful day camp at Schikurski Park, an event that saw some children getting used to the concept of falling to the ground and picking themselves up.

“Kids will reflect parents’ attitudes,” says Young. “There were a few kids who were not into being dirty, and by the end they were covered in mud.”

That, combined with parents’ interest, inspired the duo to go a step further.

“We had a lot of interested parents say, ‘When are you going to start a forest school?’ ” says Leidums. “People were really enjoying getting together and seeing their kids running around. … There’s a magic that happens when you have kids running around together.”

Leidums was already familiar with the forest school concept; her brother is a program director with Fernie’s Outdoor Connections. She’s a teacher specializing in geography and outdoor experiential and ecological education, and has a background as an outdoor educator and guide, canoing, hiking, biking and exploring with children and adults. The Ontario native came to Creston in 2009 after working as a dog sled guide in the Yukon, and met her husband here.

Young, who was raised in the Creston Valley, had a scientist mother, who always urged her children to explore the outdoors. A musician, she began working 20 years ago with Salt Spring Island’s Wisdom of the Earth, and will take wilderness training through that nature school this year and next. She’s currently the pre-k/kindergarten teacher at the Skimmerhorn Homeschooling Group, and has been interested in starting a nature school since returning to the Creston Valley three years ago.

“I always knew that when I had kids I would want them to have that experience,” she says.

She and Leidums are excited to share that experience with other children this fall, and in the upcoming January-March and April-June sessions, as well as family days at Canyon Park on Oct. 22, Feb. 12 and May 13.

“We’re trying to create a community of kids who keep coming back,” says Leidums. “They will get to know a log or get to know a tree.”

There are 12 participants aged three to five in the current session, which is made possible with funding through CLES’s Ready, Set, Learn program and the Regional District of Central Kootenay, as well as contributions from Pyramid Building Supplies. The day’s events run from 9:30 a.m.-noon, allowing the children an unhurried morning in the woods to have fun and learn.

“They have lots of time to play and explore,” says Leidums.

“There are a lot of senses that people don’t use inside,” adds Young.

The natural setting is also helpful in developing interpersonal relationships — it’s easy to keep conflict resolution to a minimum, which isn’t always the case in the classroom.

“There are different rules in the forest,” says Young. “We do not have to intervene and help work it out.”

And the setting is a positive influence for adult facilitators, as well.

“I’m so glad to get out in the forest and play,” says Young. “I love going out there and pretending I’m a bear, crawling through the branches like I’m six years old again.”

•To lean more about Creston Kids Outside and the Kootenay Nature School, visit crestonkidsoutside.com. 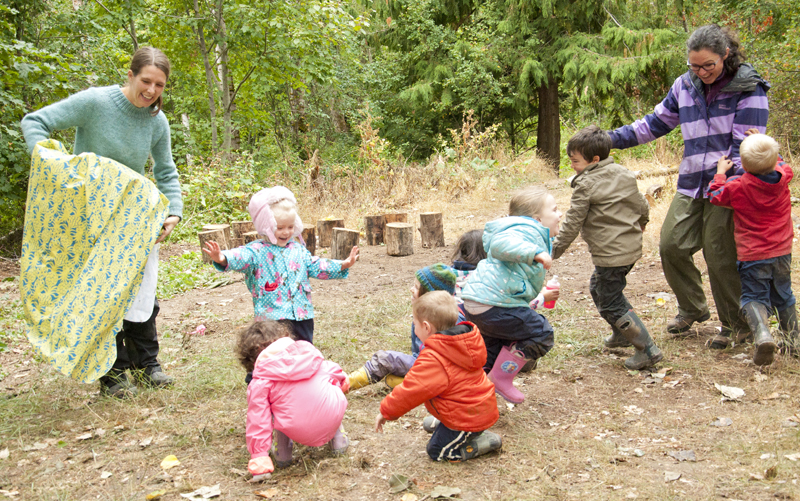