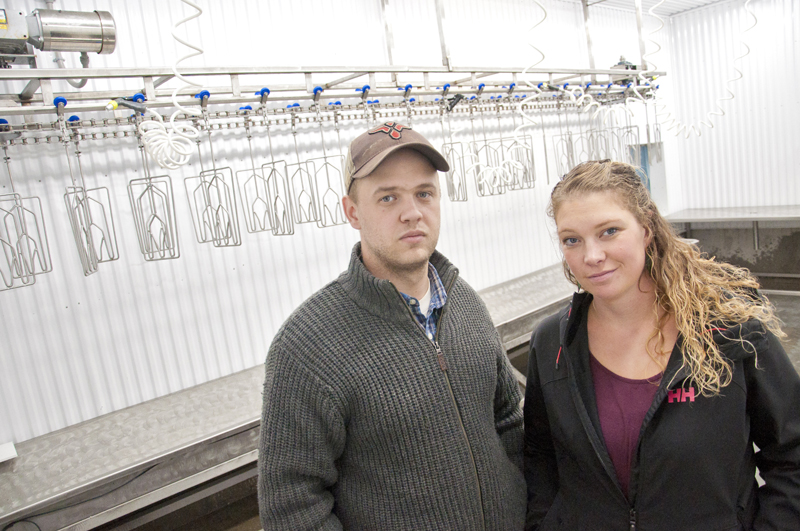 When Curtis Smith came to B.C. in 2006, he wanted to be a cowboy, and brought with him the knowledge he’d gained living in the agricultural community of St. Mary’s, Ont., using it to work on cattle ranches near Ashcroft.

“What you read in books and what you see in movies, that’s what I’d see,” adds Curtis.

He continues to put that skill to good use on the couple’s Lister farm, where they raise chickens and turkeys, and operate Chuckureese Abattoir (the name derived from chicken, duck, turkey and geese), processing their own poultry and that of other farmers, which has been an eye-opening experience. 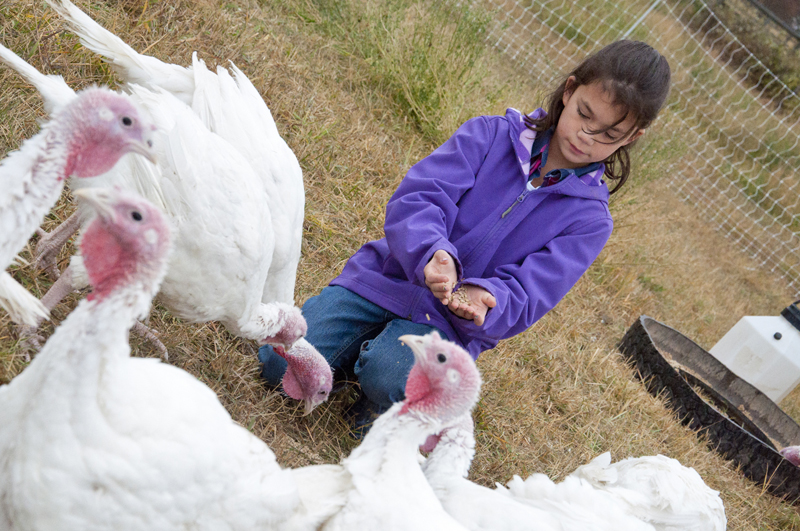 “We’ve got to meet a lot of producers,” says Megan, who also works at Swan Valley Lodge. “I never knew there were so many producers in the Kootenays.”

The couple met in Merritt, where Megan was raised, and came to the valley after Curtis was hired over the phone — “the cowboy way,” he says — to work on a farm. When they bought their farm in 2014, it was already familiar, having belonged to Megan’s grandmother. Her grandfather built the homestead in the 1960s, but died in his mid-30s before it was finished.

The property “was kind of a blank slate for us,” says Megan, but pasture-raised turkeys were a priority, and they added chickens to the mix because turkey sales are largely seasonal. They started building the abattoir in July 2016, and completed the project in time to slaughter their first turkeys — the biggest of which weighed 37 pounds — on Dec. 22 and first chickens on Dec. 23.

With the government-inspected abattoir completely indoors, rather than an indoor-outdoor operation as mobile abattoirs often are, it’s possible for the region’s producers to have their poultry processed at any time of the year.

“If they have the area and space to raise birds year-round, they have a place to process them,” says Curtis.

At the moment, the schedule is tight — they process on Tuesdays and Thursdays, when the BC Ministry of Agriculture’s Food Safety and Inspection representative is present, and their own 300 chickens have kept them busy, as will their 50 turkeys, half of which are already spoken for.

In addition to making it possible for the region’s farmers to have government-inspected poultry processed, operating Chuckureese also gives the Smiths a chance to gather farming tips, which they pass on to other producers.

“You can relate that and tie them all together,” says Curtis. “Nobody’s got the same two batches of birds.”

(Editor’s Note: This story has been modified from the version printed in the November 2017 issue, which mistakenly referred to the Canadian Food Inspection Agency, rather than the BC Ministry of Agriculture’s Food Safety and Inspection.)