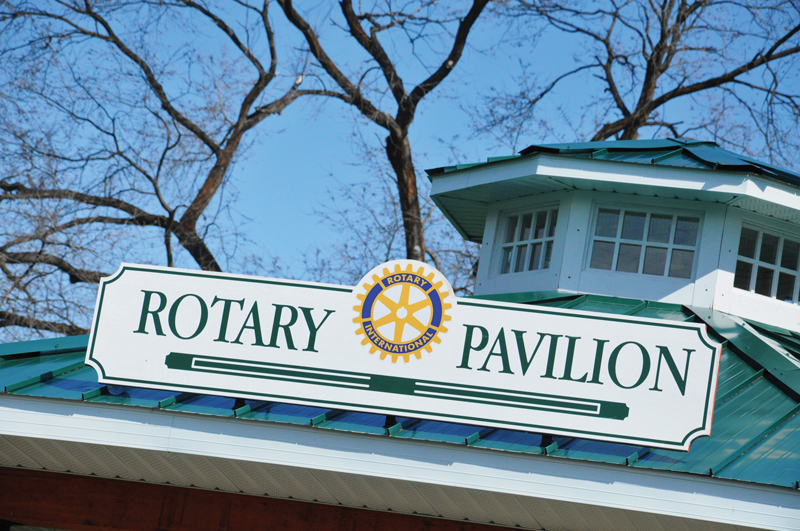 STORY AND PHOTO BY BRIAN LAWRENCE

Since 1905, Rotary International clubs have been working to make change, both at home and around the world, guided by the motto, “Service above self.” Creston Valley Rotary Club members have been living that motto since 1992, developing projects to better their community.

“Rotary clubs provide opportunities for people to get involved in local community development projects or to help people around the world — it is a powerful international organization,” says Tim Park, a retired teacher who joined the club after moving to the valley eight years ago.

He is now in his second year as chair of Drive Fore Rotary, the club’s signature fundraising event, which has run for 21 years at the Creston Golf Club, raising over $275,000.

“When I first got involved, Drive Fore Rotary seemed like more of a fun, recreational event even though it was labeled a tournament,” says Park. “I think that is what has made it so successful for so many years.”

More than 85 per cent of the money raised stays in the community — the remainder fulfills the club’s obligation to Rotary International — and most has gone toward projects including Millennium Park, the north viewing tower at the Creston Valley Wildlife Management Area, playground equipment at Erickson Elementary School (EES), palliative care rooms at Swan Valley Lodge and the Creston Valley Hospital, and the playground, gym equipment, washrooms and pavilion at Centennial Park.

As an ongoing commitment to Creston, the club awards bursaries to secondary school graduates, grants to school and community sports, and Rotary Youth Leadership Awards; contributes funding and hay to the Creston and District Society for Community Living’s Therapeutic Riding Program; and, as it has for 20 years, provides equipment and the core group of volunteers for the EES daily breakfast program.

This year, the club is tackling new projects, which include putting $5,000 toward upgrading the old pavilion at Centennial Park. And there’s the big one: partnering with other organizations to raise $76,000 to help the East Kootenay Foundation for Health buy a new ventilator for the Creston Valley Hospital.

“We target a major project each year, and this is the one we’ve chosen,” says club member Dave Handy. “The proceeds from this tournament will go to the ventilator.”

“The purpose of what we do in Drive Fore Rotary is to get a group together who are not only interested in golf but also what we do for the community,” says Park.

While players are important, Drive Fore Rotary wouldn’t be possible without additional support. Golf club professional Brian O’Keefe and his wife, Janet, are indispensible in the planning and running of the event, and the community’s support is second-to-none, with dozens of sponsors contributing to hole prizes and the live and silent auctions.

Drive Fore Rotary started in 1995, spearheaded by Bill Pfeifer, who enlisted the support of the Creston Golf Club, relying on the guidance and leadership of the club’s former pro, Randy Panton, as he developed what would become a fall tradition.

“A lot of the members were golfers,” says Rotary club treasurer Al Garrecht. “It was designed for a time when we could bring people to the golf club when it wasn’t busy.”

In return, Rotary has contributed to improvements at the golf club, including the walking path down from the seventh tee, garbage can holders, removal of the old barbecue, building a work shed and, last year, installing an air compressor at the exit of the 18th green.

The golf event, which runs this year on Sept. 24, isn’t only for the Creston Valley Rotary Club’s 32 members, but for anyone who wants to join in the fun, eating well, and silent and live auctions.

“Some format changes were made in 2016 to make the event even more accessible to people who feel butterflies when they hear the word ‘tournament’,” says Park. “Players now can enter the event without handicaps and they can also create their own foursomes.”

With a stronger focus on fun, Rotarians are hoping participation will increase; usually 80-100 golfers participate, many each year since 1995, but the goal for this year is to have over 100 on the course.

•To learn more about the Creston Valley Rotary Club, which meets Tuesdays at 7 a.m. at Gin’s on Canyon, visit www.crestonvalleyrotary.ca. To sign up for Drive Fore Rotary, call the Creston Golf Club pro shop at 250-428-5515.