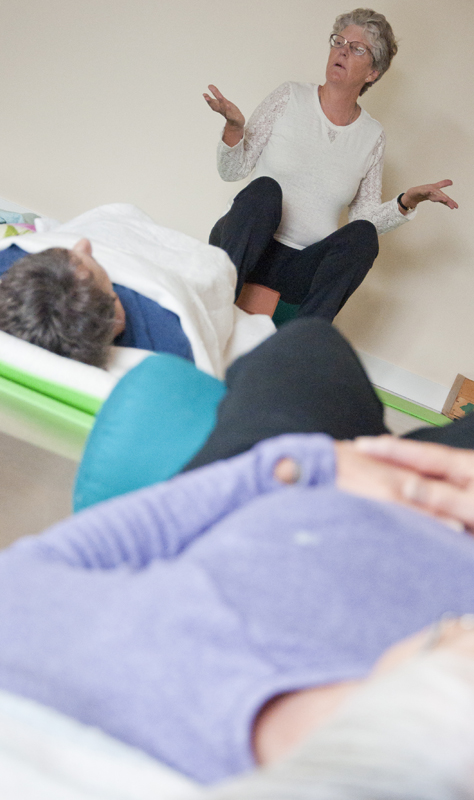 The thought of yoga may bring to mind a room filled with people twisted into matching poses, but that’s only one aspect — yoga isn’t simply a posing routine, it’s a lifestyle.

“It’s a really cool life science,” says Barb Minichiello, owner of the Yoga Room. “The yoga sutras are guidelines on how to live life. … It’s all laid out for you. The theory behind it is huge.”

With Minichiello and three other instructors on the roster at the Yoga Room, the Northwest Boulevard studio offers something for everyone, from beginners on up.

“It’s kind of the whole meal deal,” she says.

Minichiello’s specialty lies in therapeutic yoga, dealing with issues from chronic pain to injuries sustained in car accidents, helping others to focus on more than just physicality by looking inside.

“You can really help people,” says Minichiello, a certified yoga therapist. “Yoga therapy is a whole mind and body thing. … It’s about what’s going on inside — what brings you joy? That’s why we laugh a lot.

“It’s not that you can fix people. It’s about acceptance. You can help people come to terms with things.”

She offers therapy both in classes and one-on-one (the latter through her other business, Breathing Space Yoga), giving instruction that focuses more on increased or improved mobility rather than a general set of yoga poses.

“I help people move out of pain, move purely and start to be able to walk again,” she says. “It’s kind of yoga deconstructed. It’s more function over form, for sure.” 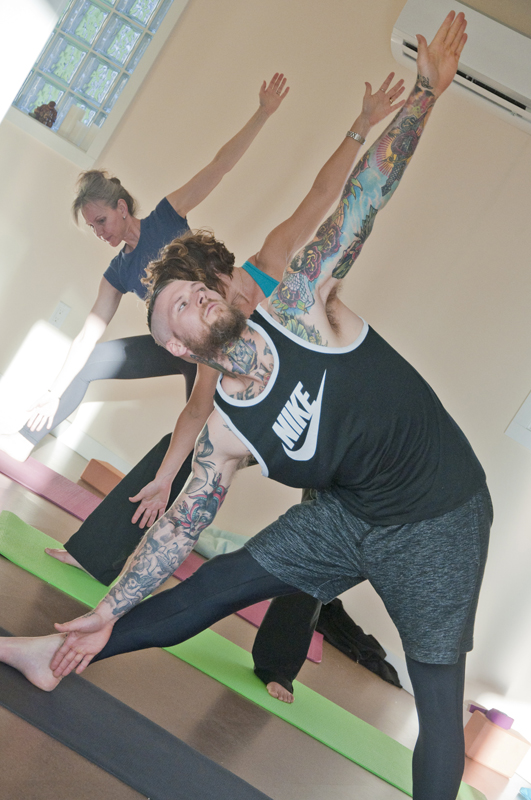 Participants in a class at Creston’s Yoga Room. /BRIAN LAWRENCE

Minichiello, who was raised in Burnaby, has lived in Creston for about 30 years, having come to town with her husband, Rick, when he was apprenticing as an accountant. Prior to moving to the Kootenays, she worked in the forestry industry, which took her all over the province, and settling in Creston gave her the opportunity to finally try yoga.

“I’d always wanted to do it, but I was from a family that didn’t do that stuff,” she says.

She started in Gary Smith’s class, and then, after a break, took Thompson’s class, which further piquing her curiosity.

That led her to the South Okanagan Yoga Association, visiting regularly for two years in order to earn the 500 hours that would allow her to become a teacher. She began teaching in 2012 at the now-defunct Creston Valley Yoga Studio, and later moved to a location above the Family Practice clinic. For a second 500 hours, she studied yoga as therapy at Kelowna’s Trinity Yoga School, graduating in 2014.

Minichiello most recently trained at the Essential Yoga Therapy School in Seattle, Wash., earning certification as a yoga therapist this year after studying for two years under director Robin Rothenberg, who practices Judaism and lives by yogic teachings.

“Yoga is the science of life,” says Minichiello. “It’s not a religion. It believes in a higher power, but that can be whatever you want.”

She’s pleased to bring yoga’s enlightenment to people in Creston at the Yoga Room, where participants have been equally thrilled with the studio’s heated cork floor — and, naturally, the changes in mobility, pain levels and sense of well-bring.

“I’m really grateful to be able to help,” says Minichiello.

She knows from experience what improvements yoga can bring to the body and mind; she used to hunch but yoga has changed that over time.

Knowing the benefits firsthand, Minichiello adds that she’s happy to work with participants who may not be able to afford the full price for classes.

“Anyone can come and do it,” she says. “Everyone should have yoga accessible if they want it.”

And through that, she’ll be able to continue “making people laugh and helping them to help themselves feel better. Yoga is an amazing vehicle that can help those things.” 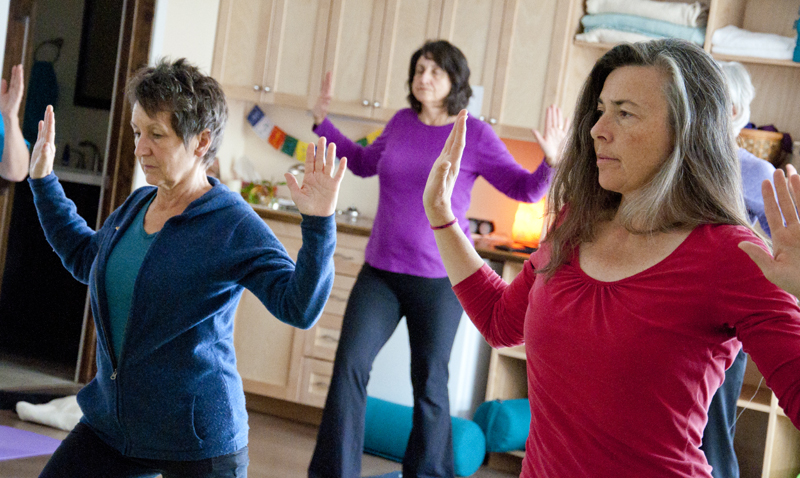 Participants in a class at Creston’s Yoga Room. /BRIAN LAWRENCE