Life with Lyme disease a struggle for Creston Valley resident 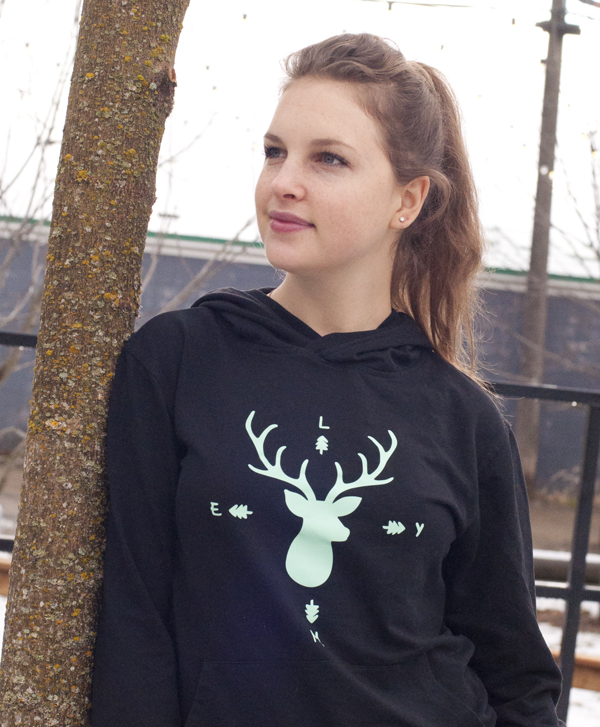 Twenty-three-year-old Lexi Czar has been living with Lyme disease since she was a child. /BRIAN LAWRENCE

The youngest of three siblings in what she calls a “basic country family”, Lexi Czar grew up on a Canyon farm and spent a lot of her childhood trail riding, barrel racing, fishing, hiking and dirt biking, later enjoying soccer, volleyball and curling in high school.

But since she was about seven years old, it has been a struggle to balance that active lifestyle with chronic fatigue and a heart murmur — and even a case of shingles at age 12.

“I was the kid who would need extra sleep, and who missed out on things,” says the 23-year-old.

In 2015, new symptoms crept in, with daily migraines, mild kidney failure and anaphylaxis — the latter requiring regular use of an EpiPen, and making her afraid to eat — added to the mix.

A diagnosis in August 2016 finally put a name to the symptoms: Lyme disease. Czar thought that knowing would be the first step toward a speedy recovery, but she soon realized that wouldn’t happen.

“When I got diagnosed, I thought, ‘Perfect. I’ll get on treatment and I’ll get better.’ Now I wish someone gave me a guide to get through this.”

Lyme disease, caused by bacteria and spread by infected ticks — one of which likely bit Czar when she was a child — has been on the rise in Canada, with over 700 cases reported to the Public Health Agency of Canada in 2015. Advanced cases, such as Czar’s, can be far more difficult to treat than Lyme caught in the early stages.

“They think 30 days of antibiotics will cure someone, but that’s not always the case.”

Canadian research and treatment are behind those south of the border, says Czar, whose diagnosis resulted from U.S. lab work. She’s planning to go there again, this time to try stem cell therapy, which has a 60-80 per cent success rate in reducing Lyme symptoms. The treatment is more innovative and less damaging than chemotherapy, which could follow immunoglobulin therapy, the next step recommended by Czar’s immunologist, one of over a dozen doctors and health care practitioners she regularly sees.

“I’ve been super sick for over two years now,” says Czar. “We feel like we’ve exhausted the Canadian system.”

The new treatment, however, will cost $25,000, not including transportation or accommodation. To raise funds, Czar is hosting a dinner, dance and silent auction at Canyon Hall on New Year’s Eve. The event will also include a presentation on Lyme disease, giving partygoers more insight into the disease.

Even Czar, though, is hard-pressed to describe symptoms simply — hers are always fluctuating. In the last year, holistic therapy, research into histamines and regular diet rotations have helped with the anaphylactic reactions, and over 30 medications manage some of the pain, but at the same time, she’s been experiencing tremors.

The ever-changing condition of Czar’s health may sound overwhelming to some who haven’t lived with a chronic illness, but it’s something she got used to years ago.

“It was all I knew,” she says. “I was also an academic achiever. Looking back, I can identify times I had trouble staying focused.

“At the end of the day, that was my normal.”

That perception of normal resulted in Czar even playing volleyball while unknowingly suffering from mononucleosis. Her health struggles continued after high school, and she went through phases on not doing well, making both work and college impossible.

“I couldn’t function at all,” she says. “I was awake for maybe four to six hours a day.”

Her condition is a curiosity to many, so Czar created a website, lexiandlyme.com, where she tells a far more detailed version of her story, explains what Lyme disease is and sells clothing to help cover medical costs and support research.

“I want to share with people who are struggling — because it’s not fun,” she says. “Nobody as a kid expects to be where I am now.”

Czar is grateful to her family and friends for sticking by and supporting her through the ups and downs brought on by her condition, and says that she’s chosen to enjoy every day and the journey, which has made her stronger in ways she never imagined.

“You definitely have to advocate for yourself,” she says. “I’m always advocating and researching.” •

Tickets to the Dec. 31 dinner and dance are $50, available at Black Bear Books, Canyon Country Store and Activity Base.