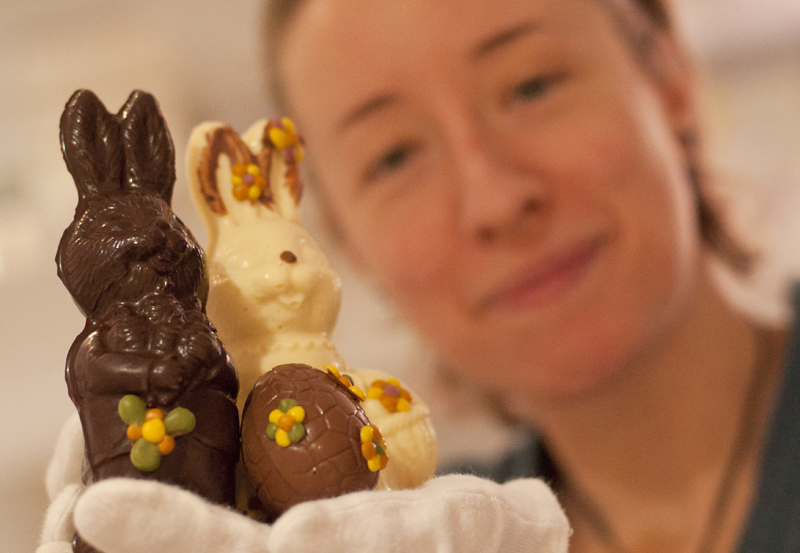 It doesn’t seem to matter whether chocolate lovers enjoy dark, milk or white. After they try Sweet Turtle Chocolates, they tend to want more, which was a pleasant surprise for creator Gaelle Riguidel.

“When I started in 2016, people were coming back and saying, ‘This is the best chocolate I’ve ever had,’ and, ‘I like the way your chocolate is shiny like a mirror,’ ” she says.

Of course, they’re always a bit concerned to learn that Riguidel produces less in the summer — “chocolate season” runs October to April — but the slower pace suits her just fine.

“It gives me time for the garden,” she says. “I love to be outdoors all the time.”

Riguidel grows and preserves much of her own food, including the mint she uses to flavour some chocolates. She discovered the Creston Valley while picking cherries four years ago, and quickly fell in love with the food, mountains and wilderness, which brought back memories of her grandfather, who built sailboats.

“I love being on the ocean. Coming here, it was like an ocean of trees.”

Some of the moulds Gaelle Riguidel uses for her Easter rabbits are more than 40 years old. / BRIAN LAWRENCE

Originally from France — her dad is French, and her mom has dual French-Canadian citizenship — Riguidel came to Canada with her parents 10 years ago. She’d previously studied at a Spanish university in France with the goal of becoming a Spanish teacher, but chose thefood industry instead, attending pastry school in Longueuil, Que. The schooling was 13 months of hard work, but Riguidel earned good marks, and started Sweet Turtle, with her mother helping to drum up business.

“She kept me really busy,” says Riguidel. “I was doing festivals, as well, in Quebec.”

Her own success helped encourage her mother, who was already a great cook, to take some training herself — and she ended up becoming a chef in a four-star hotel.

“I was super proud of her,” says Riguidel. “It was difficult for me, but it gave her the strength to do it.”

During that time, she met a friend of her mother’s who was a baker and chocolate chef.

“That’s where I fell in love with chocolate,” she says. “I wanted to know more, I wanted to do more.”

And she did, learning all she could and bringing that knowledge with her to Creston, where she started selling chocolate at the Creston Valley Farmers’ Market in late 2016, making it in the kitchen at Margo’s Farm, where she had worked picking fruit. Her recently completed commercial kitchen will allow her to sell chocolate beyond the farmers’ market, with Easter chocolates soon to hit the shelves at the Golden Flour Bakery and Fly in the Fibre. Riguidel is also creating a shop in her home, and expects to open it in the spring.

Making chocolate is the perfect profession for Riguidel, who not only enjoys the creativity and flavour — “I have a very sweet tooth,” she says — but also the health benefits it offers.

“Cacao is actually a superfood,” she says. “It’s full of magnesium and full of antioxidants. … There are lots of medical benefits to cacao.”

She adds that, like the saying about an apple a day keeping the doctor away, “one piece of dark chocolate a day keeps your system healthy, as well.”

The same isn’t necessarily true of the sugary milk chocolate, containing dairy, which Riguidel is allergic to. But she makes a dairy-free version using coconut milk powder, and a diabetic-friendly type, using chocolate sweetened with cocoa sugar and produced in the Slocan Valley.

Sweet Turtle products contain fair trade cacao and are 100 per cent natural, with organic ingredients being sourced from Nelson and Creston. The colours in decorations may come from spinach (green), beets (pink) or turmeric (yellow).

“Decoration is endless with chocolate,” Riguidel says. “If you’re creative, you can do anything with it.”

In a short time, Riguidel’s creativity has allowed her to establish a thriving business, helped by tools, such as a business plan and marketing advice, from Kootenay Employment Services and Community Futures Central Kootenay.

“I’m really grateful for them,” she says. “I’d still be struggling if it weren’t for them.”

Because she’s self-employed, Riguidel also has the luxury of experimenting as she develops new products.

The experience of working for herself is fulfilling, and she encourages other young people to do so.

“Following your passion is definitely the way to go if you want to be happy working,” she says.

It also gives her a chance to see her products from their creation to their destruction — in the mouths of satisfied customers, that is.

“I really like seeing people’s faces when they’re eating it,” says Riguidel. “If they’re happy, then I’m happy doing it.” 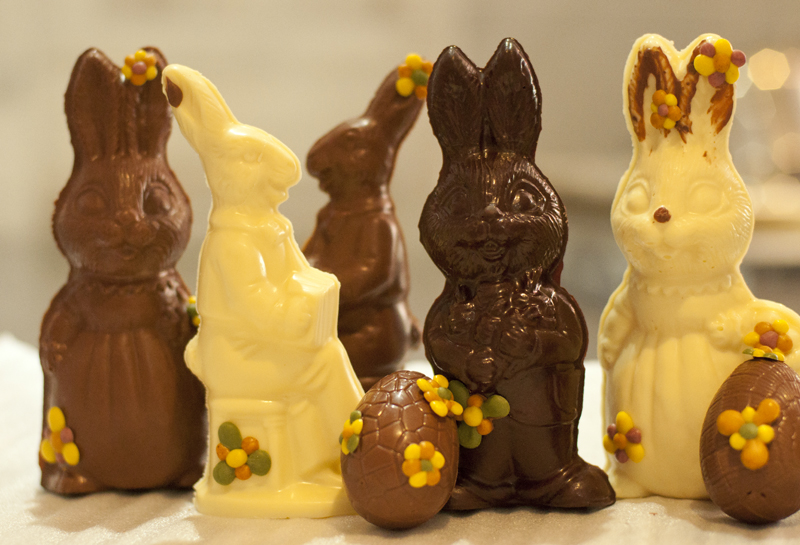 Some of the Easter rabbits create by Sweet Turtle Chocolates. / BRIAN LAWRENCE