As an artist, writer and actor, Duncan Regehr’s work has taken him across the country and around the world for over 40 years. But in all that time, and even after a few trips to deep space courtesy of roles on two Star Trek series — the franchise celebrates 50 years since its first U.S. broadcast on Sept. 8 — he still has fond memories of the formative years he spent in the Creston Valley.

“I liked it because it was rural,” says Regehr, speaking from his home in Victoria. “Even living in Victoria, my family lived in the countryside. Those are my fondest memories of Creston, are the Goat River and hiking, and enjoying the outdoors. And the orchards.”

Born in 1952 in Lethbridge, Alta., and raised in Victoria, Regehr spent Grades 9 and 10 in the Creston Valley, where his father, Peter, was a government dairy inspector — and a painter, encouraging Regehr’s passion from a young age.

“He’d always make sure I had enough materials to mess around with, and make sure I knew what I was doing.” 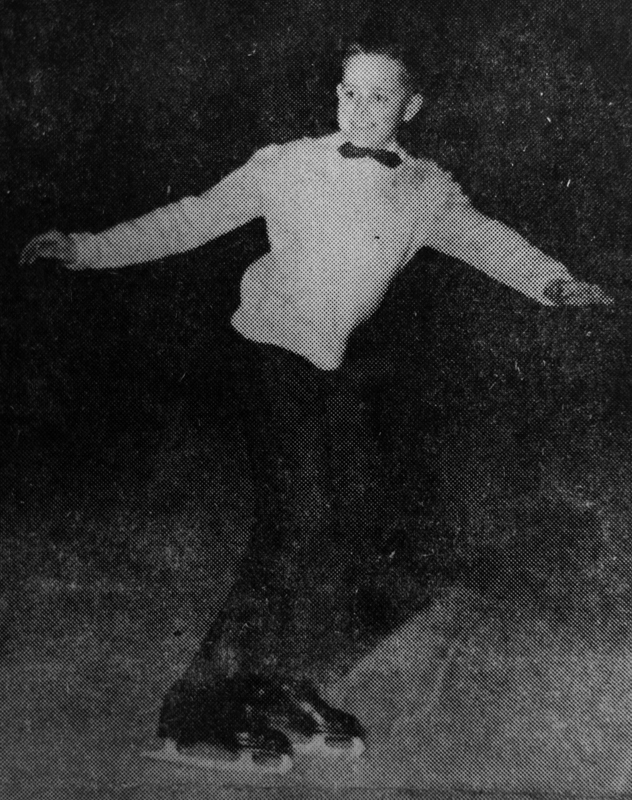 He was active, with figure skating, basketball and volleyball among his leisure activities. He and his sister — who excelled, he says, studying drama under the late Ray Pomeroy — volunteered in Creston’s cable TV station, CATV, started by Mayor Ron Toyota’s father, Tak. Together, as well as on his own, they hosted Strawberry Lane (derived from Beatles song titles), an hourly interview show that ran each Saturday.

“It was a great training ground. … It was a good way to put myself on the spot and deal with people.”

While living in Erickson, Regehr recalls many “boys’ adventures” on the Goat River, including pestering a bearded hermit in a cabin on the other side.

And, of course, life in the valley isn’t complete without the Creston Valley Blossom Festival.

“I think I kissed a girl for the first time at one of those,” says Regehr.

He returned to Victoria when he was 16, and studied literature, psychology and sociology at Camosun College, and drama at the Bastion Theatre School.

And when the time came, Regehr started right out of the gate as a professional actor, performing at Stratford and in theatres across Canada. He gradually became more involved in film and TV, landing a regular role on Global’s Matt and Jenny, which lasted a season, before moving to Los Angeles in 1980.

He and the late Jeff Conaway starred in the adventure series Wizards and Warriors, which lasted for only eight episodes, but had a lasting impact — Regehr is still recognized for his role as Prince Dirk Blackpool.

Roles on miniseries and TV movies, including V and the title role in My Wicked, Wicked Ways: The Legend of Errol Flynn, followed, leading to the title role in Zorro, which ran for 88 episodes on the Family Channel from 1990-1993. It was filmed entirely in Madrid, Spain, allowing Regehr to travel all over Europe.

A year after the series ended, Regehr made his first Star Trek appearance on Star Trek: The Next Generation’s “Sub Rosa”, in which he played a centuries-old life form intent on romancing Dr. Beverly Crusher, played by Gates McFadden. He enjoyed working closely with McFadden and, as Capt. Jean-Luc Picard, Patrick Stewart, who made no pretense about sizing him up in their first encounter.

“Patrick came right up to me, stood in front of me and stared into my eyes,” says Regehr. “I stared back at him. I smiled at him and didn’t let go of my gaze. He said, ‘You’ll do.’ ”

In 1995, Regehr made his first appearance on Star Trek: Deep Space Nine as Shakaar Edon, a freedom fighter turned politician, who strikes up a romance with Kira Nerys, the series regular played by Nana Visitor.

As with many TV guest starring roles, actors receive very short notice, which makes developing a character a challenge.

“They wanted a hero, sort of rebel character,” he says of Deep Space Nine. “With a lot of these things, it’s exposition. It’s hard to carve out a character.”

At least until there’s a fight scene, when “the character just emerges.”

With TV production timelines being tight, Regehr was able to reprise the Deep Space Nine role only twice — although the producers expressed interest in later episodes — but he would have been happy to do it again.

“It was lot of work, that’s for sure. But fun. You’ve got all these people in strange makeup running around. You have to be serious.”

At a convention in Las Vegas, he was approached by two men from Germany, excited to point out that they were doctors, like Regehr — who has an honorary doctorate in fine arts from the University of Victoria — and brought him a variety of paraphernalia to autograph.

“They’re exactly like the guys on Big Bang Theory,” he says. “Those characters are based on reality. These two guys were into the whole thing. And they were physicists.” 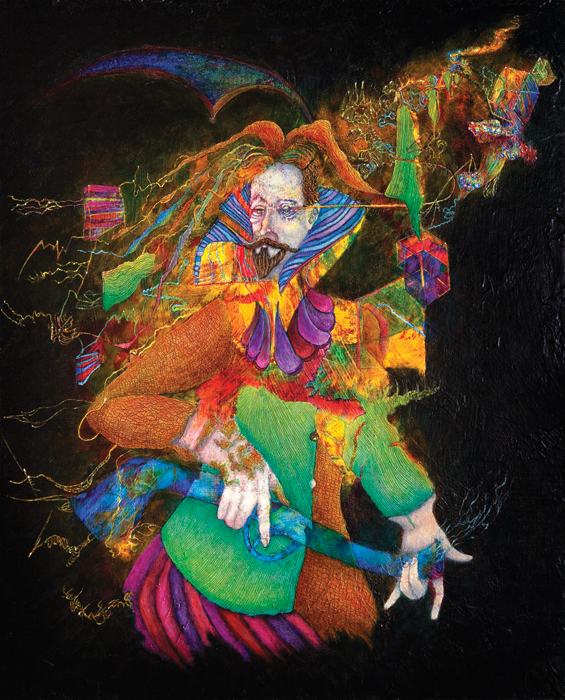 “Wrought Solely for the Moment of His Execution”, a painting by Duncan Regehr.

In recent years, Regehr’s other passions have taken a more prominent place in his life, and he divides his time between Victoria and London. His works can be found in the collections of the Smithsonian Institution and the Getty Museum in the U.S., the Jilin Collection in China, Denmark’s Kunsthallen and the Syllavethy Collection of Scotland.

“It takes work from various series that I’ve done throughout the years. … It celebrates the power of the single figure. A lot of my work has involved doppelgängers or two figures in different scenarios. …

“I usually start with a philosophy and follow that until it transforms into something else. I’m a visual artist. I don’t just go out and paint what I see. I’m more interested in what I don’t know about than in painting what’s in from of me.”

This gives him an opportunity to communicate in a way that Hollywood never could.

“I’ve always had a stronger voice through my art and my writing, and through poetry. The acting thing is great, but a lot of what acting is about is show business. That’s not attractive to me. I’m not a Hollywood person and never will be. … I got into acting because I enjoyed creating roles, and I loved the actors and I liked the characters. Hollywood is about anything but that. …

“The ways that I get to express myself, painting or writing, or a combination of the two, that’s what I am and what I do. And if there’s a bit of theatre or acting thrown in, it’s wonderful. … I’ve really had a good run.” •