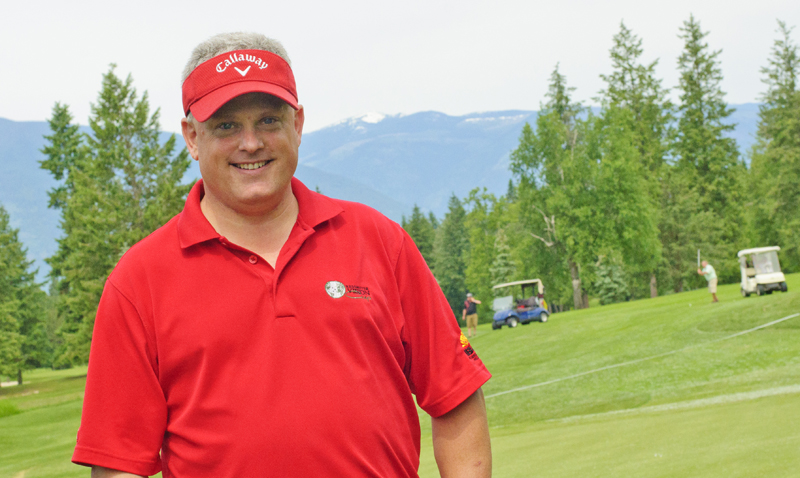 Visually impaired golfers from around the world will compete at the Creston Golf Club from July 21-23, and Vision Cup tournament chair Darren Douma is encouraging spectators to attend the event, hoping it will give the sighted a new perspective.

“These people are going to see more interaction between the players and guides,” says Douma, the Canadian team’s captain. “These are the best visually impaired golfers in the world.”

Sight coaches — in Douma’s case, his brother, Darcy — will be helping players line up shots and may even walk players to the flag so they get a feel for the terrain.

It’s part of the International Sports Promotion Society’s (ISPS) third Handa Vision Cup (named for ISPS founder Dr. Haruhisa Handa), which was first held in Altanta, Ga., in 2013, followed by Italy in 2015. The tournament features a 12-member Team North America taking on Team Rest of the World — with players from England, Scotland, Israel, Japan, South Korea, and South Africa — in two days of doubles matches (Friday and Saturday) and a day of singles matches (Sunday).

Golfers are divided by three sight categories: B1 (no vision), B2 (five per cent) and B3 (10 per cent). Douma, who has Stargardt disease, an incurable and rare genetic juvenile form of macular degeneration, affecting central fine vision, falls into the latter category.

Over the last few years, he’s competed in international tournaments, and has most recently placed 16th in the U.S. open tournament, second in Canada and first in Western Canada, raising awareness as he competes in a sport he’s loved since he began playing at 10. It’s about more than fun, though — awareness of visual impairment is also a driving factor behind his passion.

“Every tournament that we can do sure makes a big difference,” says Douma, chair of Creston’s chapter of the Canadian Council of the Blind and Visually Impaired-Blind Empowerment. “Slowly people have been recognizing what I’ve been doing. I get people approaching me about their vision or a family member’s.”

Together with volunteer leader and tournament co-chair Virginia Harder, Douma has been preparing for the event, encouraging donations from local businesses, and making sure accommodations are central to services, securing the Downtowner Motel and Creston Hotel as the official lodging for the visiting golfers.

“All the small businesses are really supportive,” he says.

And he’s pleased to welcome golfers to the community, sharing everything that makes the Creston Valley special.

“I take great pride in what we have here in the Creston Valley,” he says. “Having been born and raised here, and now raising a family of my own, I continue to be grateful for where we live. Thankfully, we get to share it with others from around the world when they visit this July.”

•Admission to the tournament is by donation, and proceeds will support blind golf and vision advocacy in the Kootenays. To learn more, visit www.vibebc.com or contact Darren Douma at ccbvibecreston@gmail.com or 250-428-8715.